Kombucha is a fermented tea. Simply, brew tea, add cane sugar and a symbiotic culture of yeast and bacteria. Store your brew in a warm, dark place, wait twenty one days or more and voila, you have kombucha. It’s fermentation, similar to cider, beer or wine. Only, in beer, wine and cider the sugars are already present in the grain, grapes and apples.

With kombucha, the culture breaks down the added sugar. The entire process takes approximately thirty days, while retaining the health benefits and caffeine of tea.

Why is kombucha good for you? 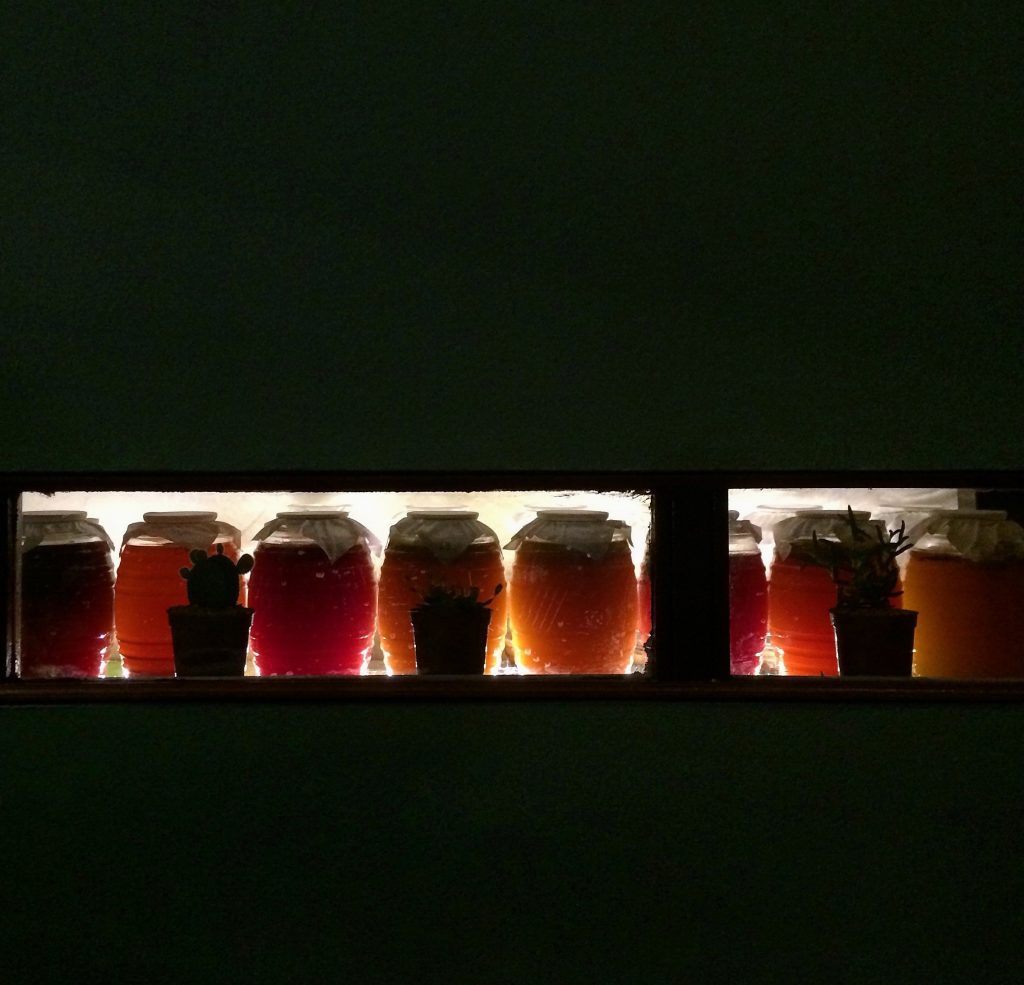 Antioxidents, Flavonoids & Polyphenols – Naturally occurring in tea, these counter the effects of harmful free radicals and oxidative stress, which lead to cell and tissue damage

Theanine & Caffeine – The combination of L-theanine and caffeine has been shown to promote faster cognitive abilities. Theanine has also been shown to reduce mental and physical stress by promoting alpha wave production in the brain

Probiotics – Probiotics are bacteria that help maintain the natural balance of organisms (microflora) in the intestines. The normal human digestive tract contains about 400 types of probiotic bacteria that reduce the growth of harmful bacteria and promote a healthy digestive system.

Kombucha is known improve mood. Studies on our micro biome – thats our gut and all the bacteria that live there – have shown that probiotics not only improve our mood but can help make us think clearer and make better decisions.

Kombucha is helpful for weight loss, through detoxification, kombucha helps remove toxins and excess fats from your liver. Since, kombucha contains Antioxidents, Flavonoids & Polyphenols – naturally occurring in tea –  these help to counter the effects of harmful free radicals and oxidative stress, which lead to cell and tissue damage. Which, in turn, means better skin health, and kombucha has also been shown to help for eczema.

Kombucha has also been shown to strengthen and restore the color of your hair – you can use it as a hair tonic and drinking it also helps – because detoxification.

“By the intake of the drink described as Teakwass (kombucha), there happens a remarkable invigoration of the body’s entire glandular system and a promotion of the metabolisms. …highly recommended for sports-people and those who do strenuous mental work. Through the promotion of the metabolism, undue fat deposits in the body are avoided or removed.” – Hans Irion, Director of the Academy for Chemists in Braunschweig, Germany 1944

Kombucha, so the story goes is named after Korean physician Kombu who supposedly healed the Japanese Emperor Inyko with kombucha tea. The tea was then named after him: “Kombu” + “cha”.

Genghis Khan and his men drank kombucha in the 12th century for vitality and strength so goes the myth. We like to think he drank it to cure his hangovers as well.

The Soviet Union, possibly used kombucha as one “secret weapon” in training it’s olympic athletes. One benefit of kombucha is to prevent the build up of lactic acid, which can lead to sore muscles.

** DISCLAIMER** The FDA doesn’t approve of any of these statements and we are not doctors. Kombucha is not intended to diagnose or cure anything. The government would rather you take pharmaceuticals and legal drugs than use – non-approved holistic therapies.